Fly with us along the 55 kilometer course of America’s most famous cross country ski race, the American Birkebeiner, in support of Type 1 Diabetes Awareness and Research!

We are two friends from opposite sides of the Atlantic who share Nordic roots, a passion for aerospace, and year-long fitness goals focused on cross-country skiing..

I still remember that Sunday morning in 2006 in Mora, Sweden. Dave and I had breakfast at 4 a.m. We took our skis and walked down to the buses. It was dark, silent (only the skiers were awake) and we could feel the nervousness. After a long bus drive through a sleeping winter forest we were all lined up in Sälen for the 82nd Vasaloppet. It was cold, -15 Celsius, and almost 15,000 excited cross-country skiers in front of us, all waiting for the starting signal to 90K (56 miles). After 51K skiing, a broken pole and always fighting to reach the next station before the rope was drawn we said good-bye to the race and retreated to the the bus with other disappointed skiers!

In 2007 we where back on the same track again and better prepared. It was a great feeling when we reached the finish line in Mora after 11 hours, 3 minutes and 3 seconds…..only 3 hours, 30 minutes and 14 seconds after 1922 years winner!

In 2007 we where back on the same track again and better prepared. It was a great feeling when we reached the finish line in Mora after 11 hours, 3 minutes and 3 seconds…..only 3 hours, 30 minutes and 14 seconds after 1922 years winner!

The first Vasaloppet took place in 1922. As a co-incidence, it was the first year insulin was used to succesfully treat a boy suffering from severe diabetes.

After three years recovery we felt ready again. So in 2010 we travelled to the Dolomites, Italy for the Classic Marcialonga race. We met a lot of Norwegians (I think Dave felt at home), all fast skiers and a few Swedes. A very nice day in the tracks in the Alps but we early lost sight of the Norwegians. We passed the finish line in Cavalese, Val di Fiemme, with a breath, after 7 hours and 51 minutes. The last 2.8K was brutally steep! 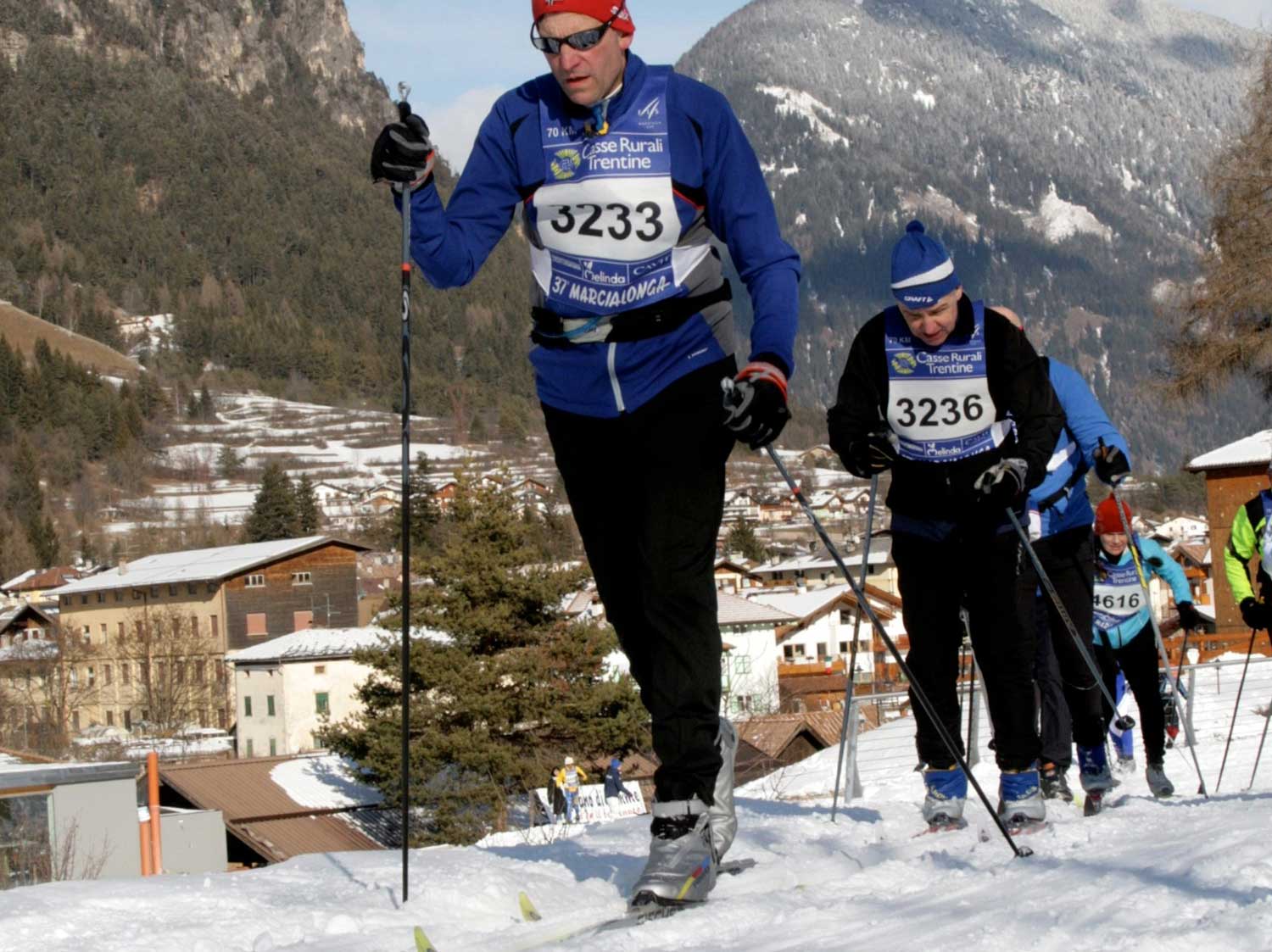 In 2011 it was my turn to feel somewhat at home when we flew to Minnesota for Vasaloppet’s sister race in Mora. The snow conditions were fantastic in the morning and we had super wax. We listened to American anthem and the gun start. The first part was fast but as snow warmed up the speed went down. We skidded through a landscape with small barns and a lot of birches. It was easy to see why so many Swedish emmigrants settled down here. The 42K Classic took us 4 hours and 23 minutes.

After another three year break it was time for the 2014 Birkebeiner in Lillehammer, Norway. We stayed in a fantastic ski resort at Hafjell and spent a lot of time in the waxing house but the race was cancelled due to stormy weather in the mountains.

We came back in 2015 and crossed the finish line after 6 hours and 43 minutes. It was a tough day, you had to carry a backpack weighing at least 3.5kg throughout the race. Crossing two mountains and icy downhill skiing was not easy (for safety reasons the backpacks had to contain wind proofed jacket and pants, dry and warm underwear, headwear and gloves) but we did it!